Keeping your car safe and secure can be a worry for motorists and unfortunately between 2016 and 2017 vehicle-related theft increased by 17%.

Where you live can make a huge difference to your car insurance premium and price comparison company Quotezone.co.uk has revealed the most dangerous and also the safest places to own a car.

How Much Should You Car Insurance Cost?

The worst place by far was Birmingham which reported a colossal 100 vehicle crimes in just one month, most of which happened very close to a children's hospital. This is important research, which could lead to us getting in touch with our local estate agents, or at least thinking twice about where we leave our cars.

Protect Your Car From Theft With MotorEasy GAP Insurance

Safest Places To Own A Car In The UK

Let’s start on a positive note and take a look at the ten safest locations to own/leave a car. It seems that not only is North Wales one of the top places to visit in the UK, according to the Lonely Planet Guide in 2016, it's also now the safest place to own a car. The stats proved that there was an overall Car Danger Rate of just 7.29 incidents per 1,000 people. 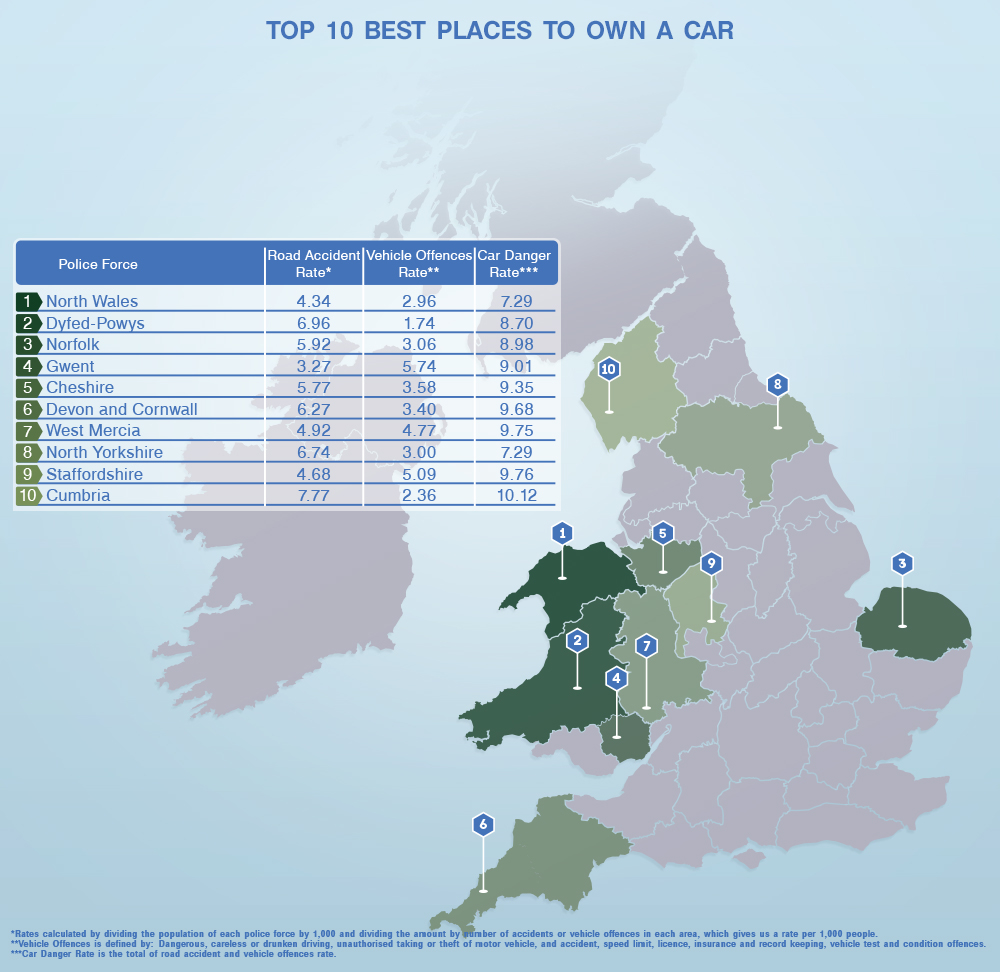 The Most Dangerous Places To Own A Car

That was the good news, now onto the bad and the ten most dangerous places to own a car. Not surprisingly, it seems that anyone living in the City of London is four times more likely to have an accident/offence than any other English region. A good job that not many people live or own a car there. 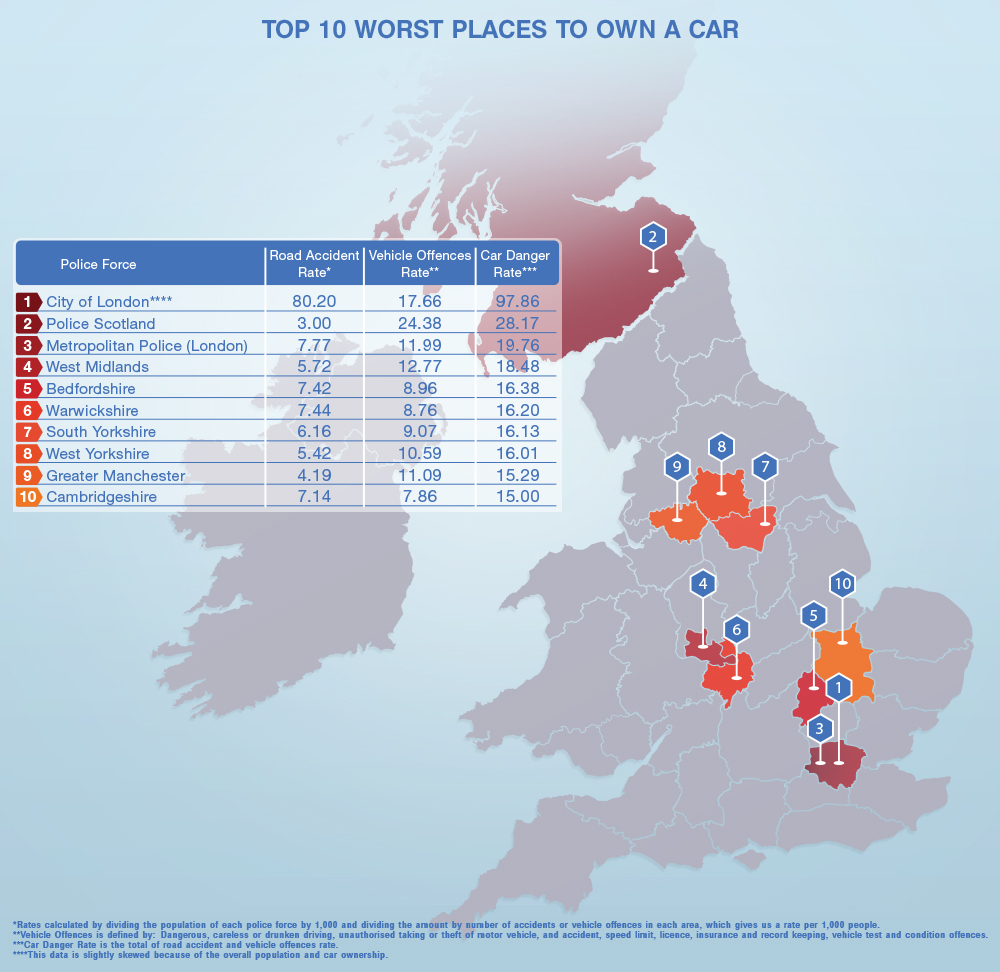 Quotezone.co.uk provided a bit more detail and found that most of the crimes in the City of London were reported on Aldersgate Street and Rotunda, we advise that getting the tube might be a wiser idea than leaving your car there.

Meanwhile, car thefts at Manchester Airport, where vehicles are left unattended for long periods of time, had 74 incidents in a month, so don’t park there!  If you have to, make sure you take safety precautions.

Although this information tells you where not to live and possibly park, the truth is that wherever you are, the chances of being the victim of a vehicle theft is high; especially if you don’t take a few important precautions such as:

That way you will be able to replace your pride and joy with another one and not be out of pocket.

Car Insurance How Much Should I be Paying?