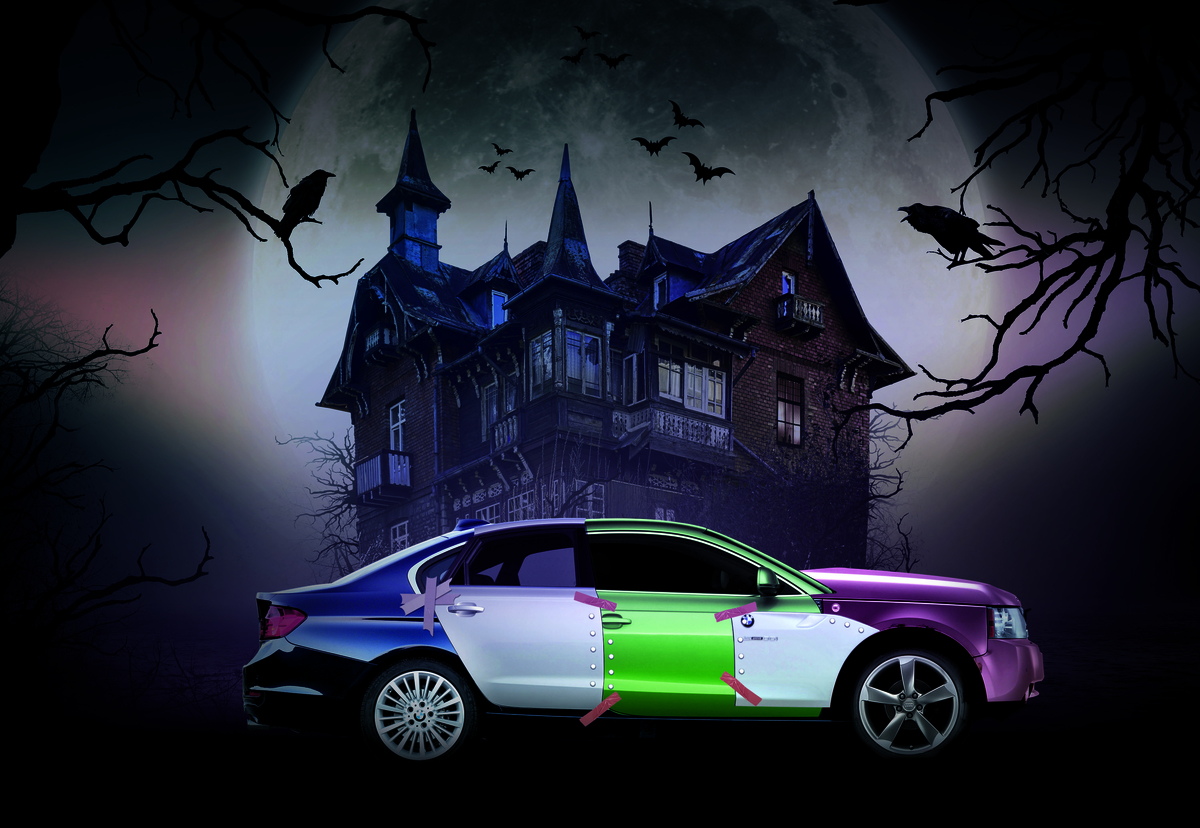 As the clocks go back and the days get darker, you might want to run a mile at the sight of this Halloween horror show concept.

We have used insight from thousands of car warranty plans and other car repair data to conjure up a vehicle that would give you constant nightmares and sound the death knell on your bank balance with its blood-curdling £25,000 yearly repair cost.

The imaginary vehicle is fashioned from the cars that generated the largest repair bills across seven component categories during the last 12 months.

And the image of the monster proves that, were it ever to be built, the car would be as ugly as its impact on your wallet.

With repair costs totalling £24,606.74, the Halloween creation features the engine of a 2011 Range Rover, which alone accounts for more than half of the total bill, requiring a fix of well over £15,000.

Elsewhere, the brakes of a 10-year old BMW Z4 and the electrical system of a 2009-plate Audi A3 also feature, combining to drain another £4,467 from the coffers.

“While the concept is just a bit of fun, it does nonetheless highlight the financial hit when things do go wrong with cars.

“Our creation is an extreme example but the fact is that very few people have money lying around if the worst happens. It pays to be protected.”

Your Complete Guide To Tyre Markings

The £2 Billion Wasted by UK Motorists on Car Servicing

Car repair costs - where can motorists turn for advice?