Now that Phillip Hammond has laid out his plans for the UK's spending, from extra money to the NHS and the abolishment of stamp duty for first time buyers. There was always going to be an effect on motoring, but what are the implications of the Chancellor of the Exchequer’s Autumn Budget for us motorists?

Despite the rumour that Hammond was to raise fuel duty by at least 1p, it has, however, been frozen at the current rate for another year with the planned rise in April 2018 scrapped.

From 1 April 2018, the first-year Vehicle Excise Duty (VED) tax rate for brand new diesel cars that don't meet the latest emissions standards will go up by one band. Not only that, the company car tax levied on diesel cars will increase by 1% to 4%.

The key thing to note is that if you already own a diesel car you won't pay more.

However, any diesel car certified as meeting the latest Euro 6 emissions will be exempt. This only applies to cars, however - vans and commercial vehicles will be exempt in an attempt not to persecute business. The new taxes raised are being invested into a £200m fund to tackle air quality. 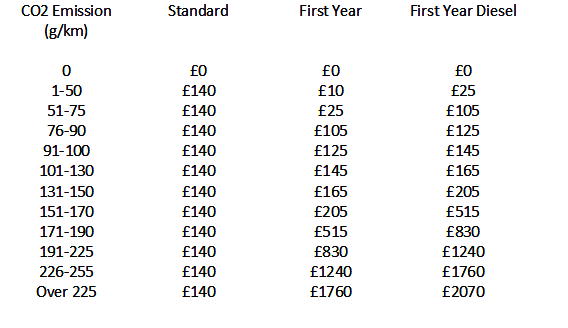 Find out how to work out your current car tax here.

A £400m fund has been announced by the Chancellor to increase the size of the UK’s charging network. There was also a change in the law concerning "benefit in kind" taxation which now means that those charging their vehicles at work, won’t be charged for it.

There is a £40m injection of cash to be put into the promotion of self driving vehicles. The government intends to allow driverless cars on the road by 2021 and this is part of their plan to do so.

The ordinary, petrol car driver gets off fairly unharmed in this years budget. Older diesels are subject to the new rates whereas the latest Euro 6 models will be exempt. Anyone interested in the future of motoring, especially if they think it is going to be electric or self driving, may welcome the extra investment.